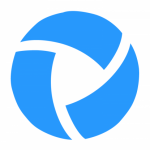 When a Texas law enforcement official last week laid out how police waited in the halls of Robb Elementary School while children trapped with the gunman pleaded for help, my mind went back to 23 years ago.

April 20, 1999. I remember it all too clearly. Two teenagers methodically murdered 12 classmates and a teacher inside Columbine High School in Colorado, and even though police swarmed to the scene quickly, they stayed outside, waiting. Those within hung a sign in a window to alert officers below: “1 bleeding to death.” The SWAT team ignored it. When officers finally searched the building, they found the body of Dave Sanders, a teacher shot hours before.

Patrick Ireland also was waiting for help as he dragged himself 50 feet across broken glass in the school library after being shot three times, including twice in the head. The then-17-year-old propelled himself out a second-story window, captured on live television by news crews in helicopters. He became known as the “boy in the window.”

Law enforcement response to mass shootings was supposedly overhauled after Columbine to no longer wait before storming a building. Society, too, supposedly turned introspective, drawing a line of demarcation. Lots of talk of never again. Back then it was my solace — as a reporter, a mother, a human. The image of terrified children with their arms raised was surely part of never again.

But in the more than two decades since that promise has turned into an American myth.

In a journalism career that has taken me from Colorado to Texas to Washington, D.C., I have covered seven of these shootings, some in the chaos of the moment, some in their aftermath.

I have written thousands of words about them over the years, searching for ways to convey the massive damage to a public who thinks it could never happen in their community. None of my words ever came close.

I carry with me the anguished faces and voices, a kind of personal shrapnel that can never be dislodged. I suspect every reporter on this duty does.

I think of the carful of teenage boys who circled the parking lot of Gateway High School in Aurora, Colorado, five times throughout the day July 20, 2012. They hung from open car windows shouting to anyone who would listen: “Where’s A.J.?” “Has anyone heard from A.J.?”

They had been chasing social media rumors all day to find their friend in the hours after a gunman sprayed bullets into a packed movie theater. They knew A.J. had gone there to see the midnight premiere of “The Dark Knight Rises.”

They called hospital after hospital and continued to return to the high school, now set up as a gathering place for the family members of the missing. The last time I saw them it was starting to get dark, 20 hours after the shooting. The hope I saw earlier had been replaced with dread.

Alexander Jonathan Boik, 18, an aspiring artist, was among the 12 people who died in the massacre.

I think of Reagan Weber, the seventh grader who lived just a few blocks away from me. She was shot and wounded Feb. 23, 2010, when a man opened fire on students at Deer Creek Middle School in Jefferson County, Colorado. All three of my kids went to Deer Creek, not that year but the year before and after.

I sat with Reagan’s father, Craig Weber, in their living room the day after the Aurora theater shooting. He quietly talked about how worried he was about her, watching closely for signs of reignited trauma. He spoke of feeling helpless. Earlier that day, Reagan’s older sister texted “I love you” to her as word spread across Denver of the massacre. By coincidence, Reagan was in a midmorning showing of “The Dark Knight Rises.” Reagan texted back, “I’m terrified.”

I think, too, of Whitney Riley matter-of-factly rattling off the questions she asked herself after hearing the first gunshots at Arapahoe High School on Dec. 13, 2013. Riley, along with six other students and two teachers, had crammed into a tiny sprinkler supply room, no bigger than a closet. She wondered if she should confront the gunman? Should she run, and if she did, would she stop to help the wounded even if it meant sacrificing her own life?

I watched Whitney’s father stiffen as his 15-year-old daughter talked about how this had simply become part of her adolescence. It was Whitney’s second school shooting in three years. She had been at Deer Creek.

I think of Andrew Goddard sitting in a darkened hospital room at the bedside of his son, Colin, who had been shot four times in a Virginia Tech classroom. Andrew described how blood seeped out of bullet holes in Colin’s shattered body and spread across the sheets and pillowcases. The face of the shooter seemed to glare down from the television above his son’s bed. Goddard said he made a silent pact with the universe in that moment that if Colin were allowed to survive, he would do everything he could to make sure no other parent had to feel what he was feeling.

I also remember the Aurora movie theater 911 calls, played in a courtroom. In the background of those frantic calls was an odd thumping boom like the bass of a rap song turned up too high. I remember the collective gasp as everyone, including me, realized the sound was the rhythmic blasts of semiautomatic weaponry picking off people inside the theater.

The language and way mass shootings are reported has evolved in my time of writing about them. Mostly gone is the “thoughts and prayers” cliché. In the Aurora aftermath, parents of the victims started the “No Notoriety” campaign, chiding the news media to stop writing more about the gunman (and they are almost always male) than the victims, elevating murderers to the celebrity status they craved. That has stuck.

Now there is a new discussion making the rounds of newsrooms. Have we sanitized the carnage? Last week, Vanity Fair posed the question of whether it is time to post images of what gunfire actually does to bodies. I understand the impulse to shake the nation’s conscience, and maybe that is what we now need. But the reality of those pictures would be horrifying. In the hours after the Columbine shootings, parents still waiting for word about their children were asked to bring dental records to help identify the dead.

When my editor first suggested I write this piece, I was hesitant. Anything I have felt pales to the lifelong grief of the survivors, witnesses and families of the slain. And other reporters have covered more and seen worse. Some say our part of this now familiar dance is ghoulish. I cannot disagree. But I think, too, it is crucial.

Two decades in, though, I am no longer naïve. I no longer believe in never again.

Reporting was contributed by Jenny Deam of ProPublica.