We are planning to add a cut scene or an in-game section at the beginning of Exo to set up the story. For now, we will be adding a splash screen which will serve the same purpose. 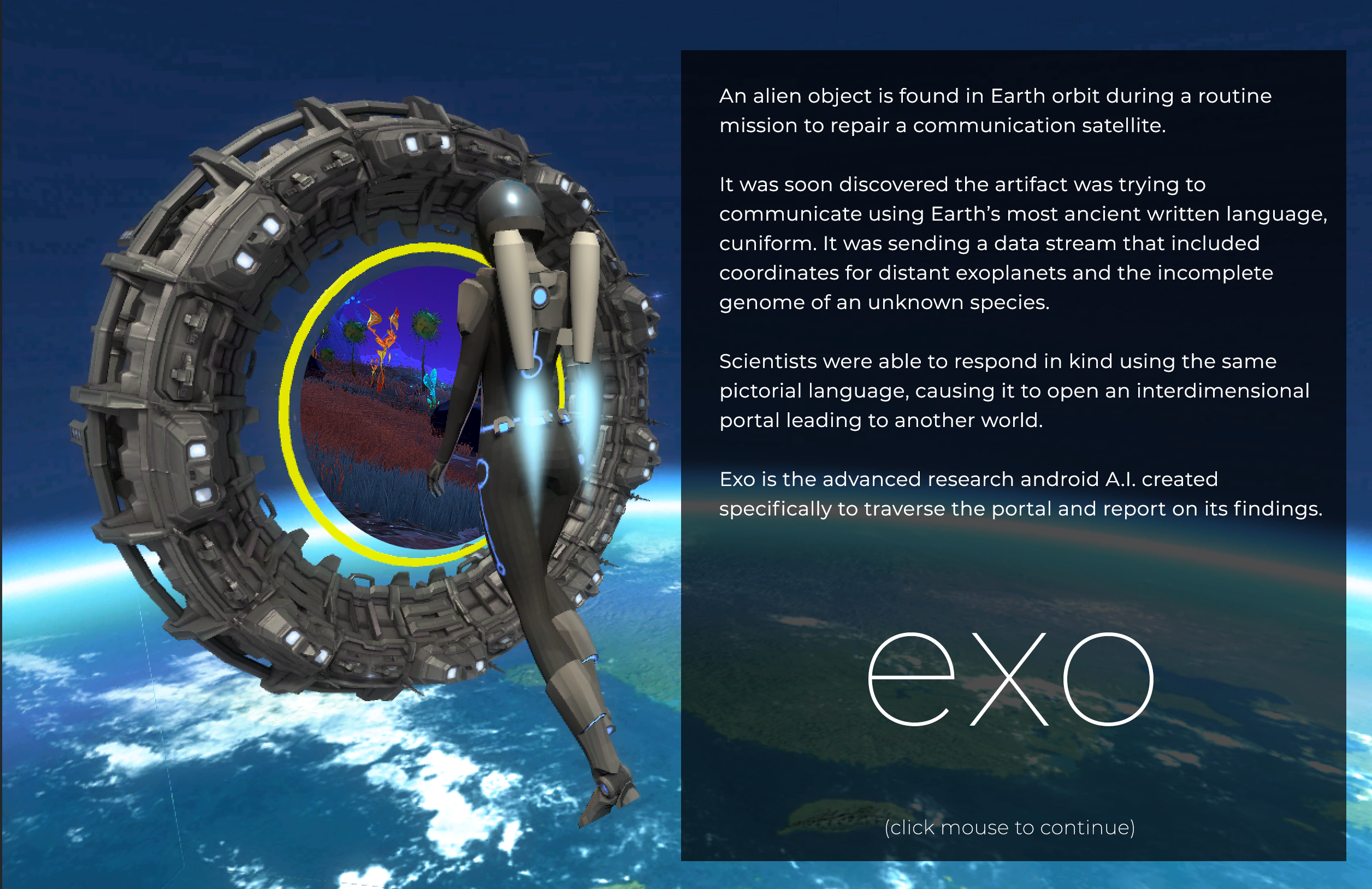 An alien object is found in Earth orbit during a routine mission to repair a communication satellite.

It was soon discovered the artifact was trying to communicate using Earth’s most ancient written language, cuniform. It was sending a data stream that included coordinates for distant exoplanets and the incomplete genome of an unknown species.

Scientists were able to respond in kind using the same pictorial language, causing it to open an interdimensional portal leading to another world.

Exo is the advanced research android A.I. created specifically to traverse the portal and report on its findings.